The women’s basketball team hopes to stay successful as they begin conference play. 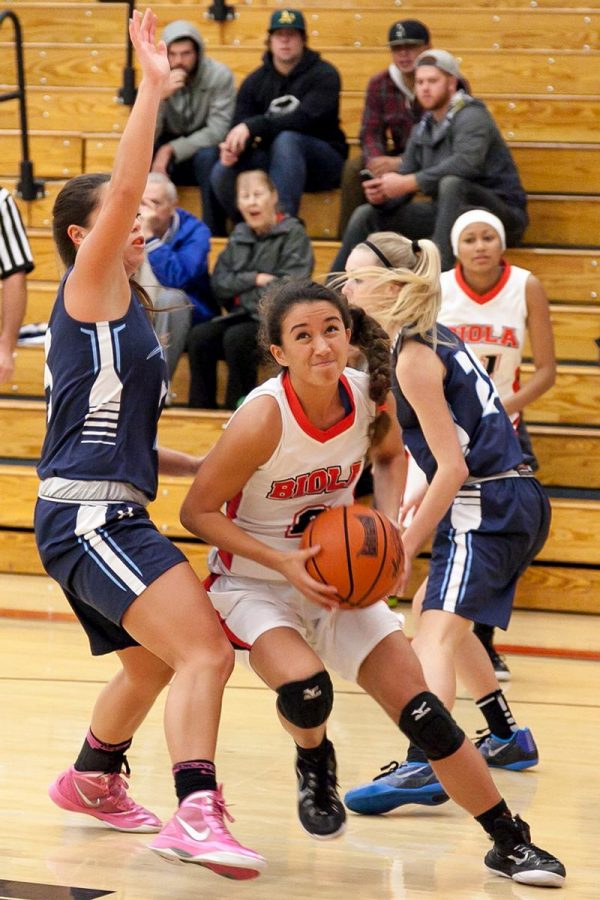 The women’s basketball team won their first Golden State Athletic Conference game on Dec. 2 against San Diego Christian College. The Eagles have made huge strides in their season and hope to carry their potential throughout all of conference play.

The Eagles went into the first game coming off two straight losses. Despite the small dry spell, the Eagles have made significant improvements in comparison to their previous season when the Biola had 11 straight losses at the beginning of the season.

“Our mentality was very focused coming off of two losses. We knew that we need to turn something around,” said senior forward Chelsea Hill. “We needed to get refocused and get a good start to GSAC. These are teams that we are going to be playing again and setting the tempo against them so that other GSAC teams know that we are here to play.”

The women learned from their three losses this semester against Menlo College, Westminster College and Bethesda College and adjusted their style of play in order to prepare them for their upcoming conference games.

“Our game against Northwestern they had some big posts that will prepare us for teams like Concordia and Westmont who does really well on the posts,“ Hill said. “Even playing a ranked team like Westminster. It was not a good game for us but we made steps forward in that game and even though we lost by 20 points we were able to learn from it and move forward.”

Biola currently stands third in GSAC and looks to keep progressing throughout the rest of conference play behind Vanguard University and Concordia University.

“Everybody in the GSAC is tough and we have some ranked opponents coming into the season like Vanguard, Westmont, Hope [International] and The Masters’ are all ranked and we expect tough games when we see them,” said head coach Bethany Miller. “Those will definitely be good games, but really in the GSAC every night’s a big game and we gotta work hard and take one game at a time.”

The Eagles will play William Jessup University, a newcomer to the GSAC conference, on Dec. 6. The last time Biola faced off against William Jessup the Eagles lost 79-64 and 71-69. In order for the Eagles to pull out a win against the Warriors they need to maintain a consistent scoring pace and not allow multiple possessions to go by without a basket being made.

Biola has many tough games ahead in conference play. The women’s strong defense will be one of the best tools to accomplish their goals.

“I think our biggest strength is our determination. We are very determined to win,” Hill said. “We have really good chemistry on the court and we never give up and we are always fighting to get better and better for each other.”