For the love of the game: Men’s Lacrosse

Men’s lacrosse gains momentum and looks to become a varsity funded sport in the future. 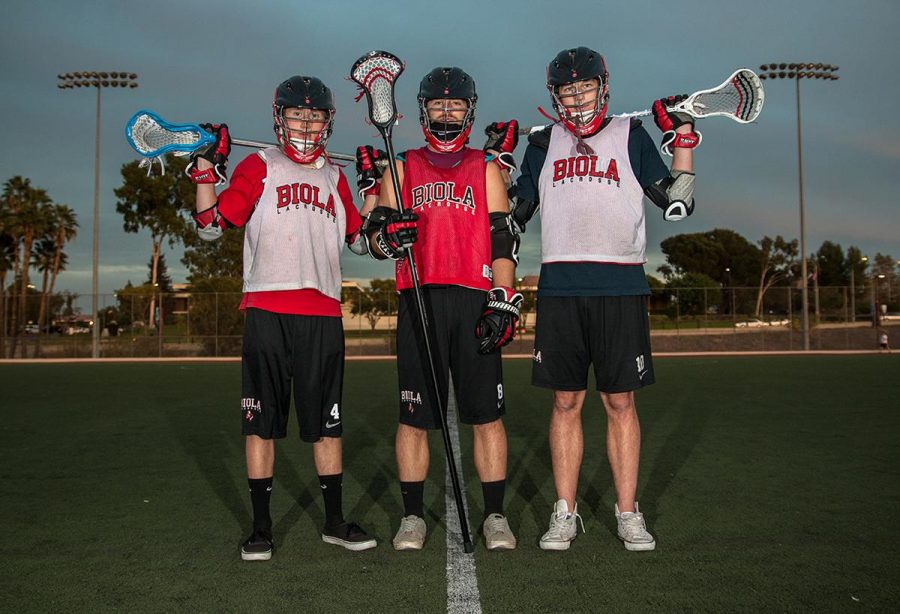 The men’s lacrosse team has been a club sport at Biola for over a decade now and after last year’s season, the team has started to gain more recognition.

Last season, Biola secured a spot in the Southwestern Lacrosse Conference playoffs after a win against Occidental College. They went on to lose in the first round to University of California San Diego and end their season at 10-6, a major improvement from their 4-12 season in 2013.

“As I played for Biola we’ve gotten a lot more talent in recent years than we’ve had before,” said junior attacker David Shaum. “We’ve had a lot more guys who have played throughout their entire lives and it helps us grow as a program so that is a major difference between freshman year and now.”

Shaum finished third in the national total of 64 goals scored at the end of the 2014 season to give him SLC first-team conference honors. Four other players made the SLC second-team all conference list.

“I was a freshman last year and it’s definitely the closest teammates that I have been with and getting to know each other,” sophomore defender Matt Casto said. “I was a on a team at a Christian high school so I played on a Christ-centered team, but then this  took it to the next step and helped me know each person individually.”

Having a young team means that many of the key players will return to the field for the 2015 season. Biola has five seniors to lead the team alongside three juniors on their roster. However, the youth on the team does not mean that the team lacks in experience on the field.

“The team that we have this year is younger, but the guys have been playing for years before they came to Biola,” senior midfielder Josh Nordstrom said.

The men hope to get back into the conference playoffs again for the 2015 season. They will have to go up against Division II schools.

“Most people see us as a level below varsity and that we are playing at a lower level,” Shaum said. “But we are actually playing all of the Cal State schools we have scheduled like USC and UCLA. It’s more of a geographic distinction than a skill-level.”

The men have hopes of winning the SLC championship this season.

“We want to win our league and then win those playoffs so we can go to nationals,” Nordstrom said. “We have tough teams in our conference like Fullerton and Concordia. We have some really tough teams but the goal is to win and I think if we come together and win that and start playing as a team we can do really well.”

The competition is always high in the SLC and the Eagles will have at least ten home games during the 2015 season. The men hope that the number of home games will help draw more attention to the team as well as draw a bigger interest in the sport.

“I would really like for people to come out and experience the sport,” Shaum said. “Not a lot of people have seen it before it’s really fun to watch. It’s high energy, fast paced, and high scoring. It’s exciting, especially at the level that we are playing at. I would encourage people to come out and watch it and see if they like it.”

Throughout the competition, the men want to remember who they play for. “For One” is displayed on the back of each helmet and is a mantra woven into all aspects of the team.

“It’s been around since I’ve been here,” said Nordstrom. “It’s always kind of been the motto of the team which is — we play for one. We’re out here and we play lacrosse, but, like it says on the side of Biola’s gym, ‘Above All, Give Glory to God’.”