We need to laugh at stupidity

Art uses satire to reveal the ridiculousness of societal trends. 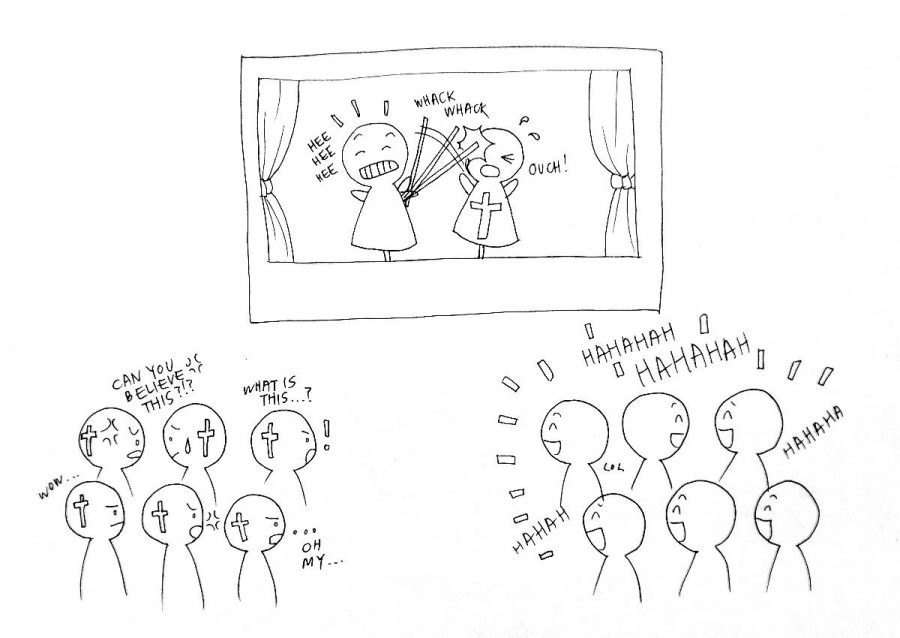 In the weeks following the release of David Fincher’s chilly and emotionally bruising “Gone Girl,” talk stirred that screenwriter and author of the original book, Gillian Flynn, was misogynistic and regressive to the strides of feminism.

“How could you make a woman so crazy and evil?” was a constant refrain from overly sensitive cultural pundits.

One blogger even noted that “Gone Girl” “is the crystallization of a thousand misogynist myths and fears about female behavior. If we strapped a bunch of men’s rights advocates to beds and downloaded their nightmares, I don’t think we’d come up with stuff half as ridiculous as this plot.”
MISSING THE POINT
Clearly, some people took the story straight to the heart.

Flynn, a woman in case you were not aware, balked at such claims. She stated in an interview with The Guardian just last year, “[Is feminism] really only girl power, and you-go-girl, and empower yourself, and be the best you can be? For me, it’s also the ability to have women who are bad characters … the one thing that really frustrates me is this idea that women are innately good, innately nurturing.”

I believe that critical minds such as these, as well as a bevy of audiences, have failed to recognize an aspect of “Gone Girl” deeply entrenched in its narrative — it is a satire. Satire is defined as the use of humor, irony, exaggeration, or ridicule to expose and criticize people’s stupidity or vices, particularly in the context of contemporary politics and other topical issues. Spoiler alert: Flynn’s main character, Amy Dunne, fits this mold to a tee.
CONSTRUCTIVE HUMOR
Christians struggle not only with satire, but also with comedy in general. I felt disheartened when I heard the backlash against two films I reviewed, “Dear White People” and “Believe Me,” by well-meaning, but severely misinformed people in our community — that the former perpetuated racism, while the latter tried to tear down the modern Church. Why do we feel like poking fun at ourselves and at culture threatens the comfortable little world we have created for ourselves? We need to learn how to have a thicker skin and a better sense of humor.

Satire allows for the most biting and powerful form of criticism. Certain subjects present themselves as too difficult, convoluted or simply baffling to speak about head on. And even if we did speak about them in a serious fashion, they would come across either as preachy or berating. Audiences hate that.

In order to counteract this, filmmakers, writers, authors and speakers use satire as a way to entertain, inform and criticize. When done right, like the 70’s classic “Blazing Saddles” and this year’s “Dear White People,” the message of “racism is disturbingly absurd” rings loud and clear.

In “Believe Me,” Will Bekke uses satire to show the silly and harmful platitudes and niceties that plague the Church. As viewers, our job should not be to throw up our defenses at the first sign of critical judgment, but instead meditate on the truths — albeit as exaggerated as they may be — that are presented in the work.

As we laugh at the ridiculousness of racism, shallowness in Christian culture or as is the case with “Gone Girl,” the utter insanity that can occur when two people lose their identities in marriage, take a look in the mirror and ask yourself whether you are guilty of any of these issues. Tragedy exists in every pain, pain in every truth, and truth in every joke.