Women's basketball was defeated in their game against the Redhawks 59-52. 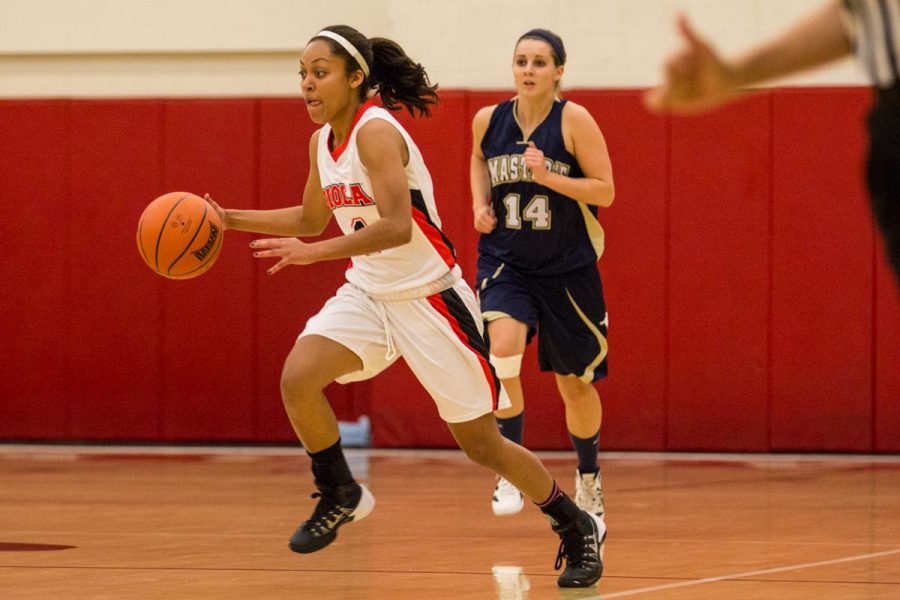 After facing a tough loss on Oct. 31 against Menlo College, the women’s basketball team surged ahead of California Maritime University and won on Nov. 1. Biola’s basketball season has just begun and the Eagles work hard as they gear up to take on Simpson University on Nov. 7.

The team attributes the loss against Menlo to a lack of chemistry on the court but remains optimistic about the season ahead.

“Our chemistry is getting better with each game. The win against Cal Maritime was a solid team win, we played well as a team [and] everyone contributed,” said junior forward Amanda Darouie.

While there are a number of new players on the team, there is no lack of skill. The team welcomes freshmen guards Dani Kennedy, DeMoria White and Chelsie Baham, along with freshman forward Christiana Layne.

“I would say that one of our weaknesses is that we have a lot of new players this year, myself included, and we just need to continue to build chemistry on the court,” Park said.

With a team this new, some might speculate that issues could arise during the season, although the they have looked good thus far.

“Our guard presence is a lot stronger this year and our team runs the floor well,”  Darouie said. The Eagles show this in game play and have already racked up 68 rebounds and nine steals in two games.

When the Eagles face Simpson, they will have to prepare to play their best against an experienced team. Last season Biola lost to the Redhawks by seven points.

During the game, Simpson came out strong and the Eagles had a hard time keeping up in the first half but they seemed to gain momentum during the last four minutes of the game. The score came closer to a tie but the Redhawks took the win 59-52.

The Eagles hope for a different outcome on Friday and will use their exceptional shooting skills from behind the arc to help them win. In the game against California Maritime, the team made 11 three-point shots that allowed them to surge ahead.

“For our game on Friday, we’re definitely going to look to win, but also to improve in any way that we can to help prepare [us] for our season,” said Park.

All three games played so far remain important to the team for NAIA standings, but will officially take the plunge into Golden State Athletic Conference competition on Dec. 2. The team looks to work with the new members and raw skill to make a dynamic and successful squad.

The game against Simpson will be held in Chase Gymnasium on Nov. 7 at 5:30 p.m.