The offense of anonymity

President Barry Corey expresses concerns regarding the rise of recent social media sites and the anonymity that is encouraged therein. 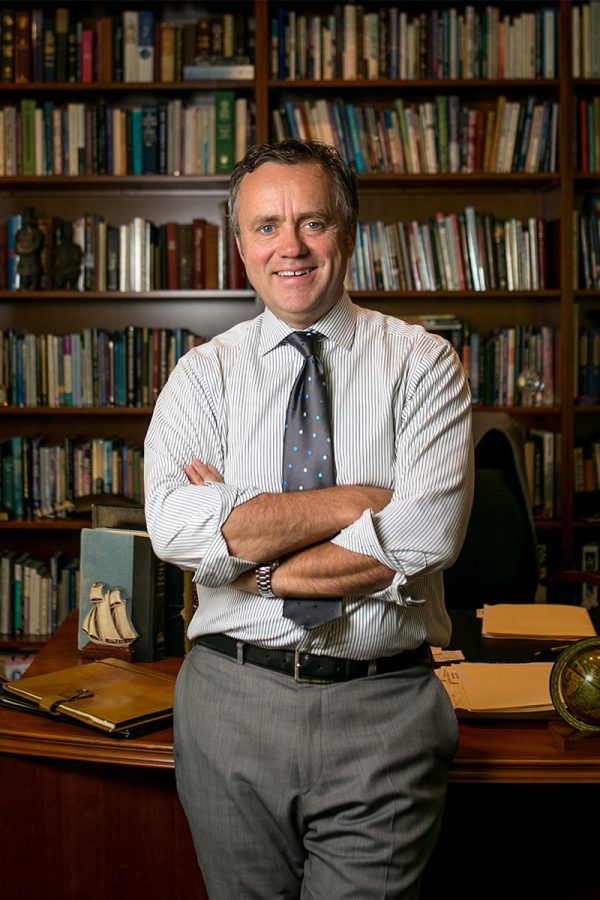 I was willing to give a certain anonymous social media site the benefit of the doubt. So I downloaded it on my smartphone. I could scroll its entries to get a sense of campus conversations. Learn from honest, unscripted perspectives of Biola's goings-on. Catch a humorous insight from a student on something seen or heard at Common Grounds or after chapel. Not long after my free download, I deleted the app. My first problem was I opened it in my neighborhood near Cal State Fullerton and got a whiff of what that community was saying, anonymously.

There is a conversation underway in higher education on the value — or actually the lack thereof — of anonymous social media sites. The concerns extend beyond Christian higher education. I would venture to say that at universities where these sites are spreading in popularity, the administrators of these institutions see more and more the damage they cause: bullying, racism or even threats of violence.

Recently, entries were posted on one of these sites that contained inappropriate racial remarks made about beloved members of the Biola family. As believers called to impact the world for Christ, we are to love our Biola neighbors as ourselves. Unfortunately, anonymous comments give people an excuse to fall short of this commandment and dishonor others. I read that site’s nameless and faceless comments and was truly troubled. The comments were racially insensitive and not in the spirit of what we are called to be as a Christ-honoring community that rejoices in the beauty of our diversity. As I read the diversity article and editorials of last week’s Chimes, I sensed that God has more work to do in this community.

I pray the Holy Spirit continues to prompt us about how we need to be more aware of each other and how we need to be more intentional about understanding those in this community who have felt discrimination or those whose families for generations have been overcoming difficult and painful stories. Anonymous social media sites are not the place for these understandings to flourish. We need to listen more and Yik Yak less. We need to think of others before we post anonymously, whether it’s on social media or comments in the Chimes online.

I am all about open dialogue. I am a promoter of conversation and honest perceptions. But discussion hidden behind anonymity builds more conflict than conversation, erects more walls than bridges. Barbed comments without naming the source or without the context of listening do far more damage than good. This is my beef with anonymous social media sites, despite their design to be, as someone has said, “a tool for observational campus comedy.”

As a Christian community we want to be especially vigilant to live out Paul’s admonition about thinking the virtuous way. It is the verse about “whatever is true, whatever is noble, whatever is right, whatever is pure, whatever is lovely, whatever is admirable — if anything is excellent or praiseworthy — think about these things.

When we have the chance to express our thoughts anonymously, sometimes we bypass the virtuous way for the cowardly way, the cruel way, the sensational way. Intended or not. When anonymous comments are salacious or caustic, they can whet the appetite to read more, often at someone else’s expense I might add. I wonder if these anonymous sites would have as much traffic and intrigue if all the postings were of the “whatever is lovely, whatever is admirable” sort. Probably not.

Biola students, encourage your peers to take the higher road: be graciously honest in conversations where there is a face behind words, and be kind—not cutting—in your anonymous postings.