Birdman soars into the imagination

"Birdman" excels as a blend of magical realism and industry satire, with an Oscar-worthy performance from Michael Keaton. 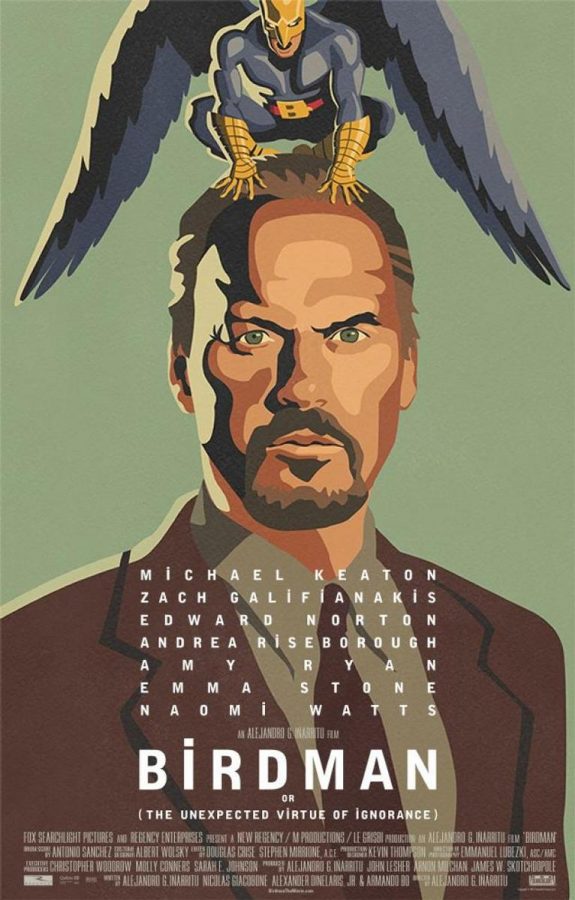 A scene near the end of “Birdman or (The Unexpected Virtue of Ignorance)” has protagonist Riggan Thomson marching through the back hallways of a Broadway theater, preparing to take the stage on the opening night of his Raymond Carver adaptation, “What We Talk About When We Talk About Love.” As the camera floats and spins around him, percussionists pound away in the various arteries of the renowned space. Are they really there? Is this all in Thomson’s head? Or does he will them into existence through his alter ego, Birdman — a superhero he played years ago in a Hollywood franchise? The audience becomes privy to one singular thing: anything can happen.

Co-writer and director Alejandro Gonzalez Inarritu’s fourth feature concocts “Birdman” as a blend of magical realism and industry satire, deconstructing our need for pure artistic expression in an age of reboots, sequels and endless superhero movies. At its core, the film lends itself as a character study of Riggan Thomson, an Oscar-worthy Michael Keaton, who, tired of only being known as a Hollywood sellout instead of a real actor, mounts an essentially inadaptable story as its writer, director and lead actor. This man has something to prove, even when he is clearly in way over his head. Thomson becomes so self-involved with his career and play that he neglects the needs of friends and family, allowing everyone to suffer in his quest for greatness.

Through this conduit, Inarritu and his team of writers tackle such topics as individuals’ self battle with their critical voice, the role of criticism in art, the quest for creative satisfaction and the battle between Hollywood and Broadway. Inarritu marvels by deftly handling all the ideas at play, imbuing them perfectly through the kooky cast of characters.

The movie’s awe-inspiring technical wizardry puts the acting on full display. Director of Photography Emmanuel Lubezki crafted the film as though the entire narrative takes place in a single shot — seamlessly cutting together long takes in order for the film to play out in almost real time. The camera work creates a dizzying effect, thrusting the audience into the chaos of a play surviving by its fingernails, while showing Keaton’s mental surrender to the subconscious Birdman. This aesthetic decision forces the actors to work at the top of their form for extended periods of time — like a theatrical production — highlighting the immense talent the cast possesses.

“Birdman” excels as one of the most bizarre, psychologically bruising and darkly hilarious films of the year. Inarritu has more than proven himself as one of the greatest directors working today and I cannot wait to see what he does next.