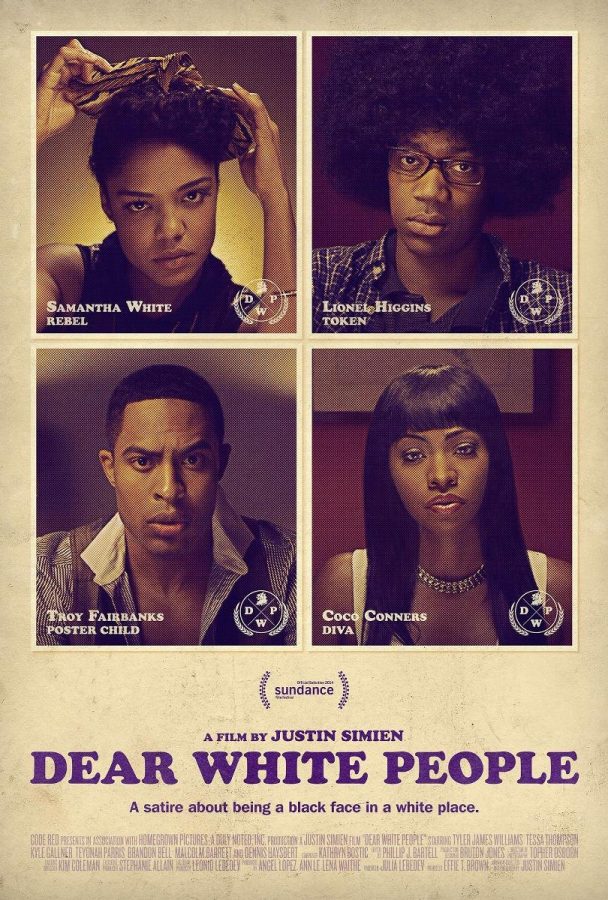 Racism does not exist. It is a figment of our imaginations in the same way global warming and nuclear missiles in Iraq are. Slavery was abolished over 150 years ago, the Civil Rights Movement in the 1960s solved all our problems and we even have a black president. “I believe the hardest thing to be in today’s workforce is an educated white man,” preaches Kurt Fletcher in “Dear White People.”

Do not shoot! Let me explain: there are people that hold to that view. Have you watched the news lately, skimmed through MTV or been to a party? I am going to spout some hot topic buzzwords real fast that I want you to think about — Ferguson, Treyvon Martin, border control, Ebola, job outsourcing.

Each of these words carry a thematic weight that has seeped into the social consciousness. I want you to look past the headlines for a moment, past the victims, criminals, politics and economics, but instead peer into something a little more nuanced and a little more dangerous — the racial atmosphere, the ethnic finger pointing and the color blame game. I find it disheartening when I see news pundits, bloggers, journalists and social media commenters referring to something as a “black issue,” an “Asian issue,” a “Hispanic issue” or even a “white issue.” I am sorry, but it is bigger than that. These are “human issues.”

This past weekend, a hilariously biting satire called “Dear White People” hopefully rolled into a theater near you. Following several students at the fictional prestigious Winchester University, the film tackles the modern race issues and political correctness in modern society. The headstrong and social activist Sam White uses her radio show, “Dear White People,” to keep the college grumblingly aware of the persistent racism that still exists on campus, detailing all the ways Caucasians appropriate or condescend to black culture.

But, does Sam want to remain the revolutionary figurehead that the radical portions of the black community want her to be, but instead actually embrace her secret relationship with Gabe, the white guys she is hooking up with? Meanwhile, Gabe is determined to disrobe the facade Sam has hidden herself in and show that he loves her for exactly who she truly is. Another student, Coco, determines to distance herself from black stereotypes. But, that desire is only trumped by her dream to be famous, which may involve playing up racial cliches in order to land on a new reality show. Kurt, the white head of the satirical campus publication, schemes to poke fun at the ridiculousness of black culture by throwing a legendary party playing up African-American stereotypes. Troy Fairbanks, the black high-achieving son of the dean of students, is forced to follow his father’s agenda instead of his own dreams.

And then, there is the bushy afro’ed, shy writer Lionel, the black kid who is not black enough for black people and is really only a token black kid to the whites. He would rather just be Lionel — gay, listen to Mumford & Sons and just be accepted for who he is instead of what he looks like. With no affiliation to any group, the school paper uses him as the perfect undercover reporter of the simmering racial tensions on campus.

The narrative complexity sometimes bursts at the seams of “Dear White People,” and it becomes easy to get lost with all the threads at play. But, this film tackles provocative questions for a world filled with Tyler Perry movies, BET music videos and the American south. Writer and director Justin Simien’s smart script is wittingly confrontational in its ideas without ever demonizing a certain political leniency or people group. In contrast, Simien uses each character to explore the pressures, complexities and contradictions of black identity and white guilt. Are black people to blame for perpetuating their own racial stereotypes? Do Caucasians pander to black culture by only embracing the stereotypes and not the person behind the color? Simien makes sure to reverse the mirror and show how blacks have conjured up prejudices towards whites in an effort of retaliation. It would seem the power struggle exists in a viscous cycle.

“Dear White People” does not promote a colorblind viewpoint. Instead, the film probes the audience into moving past race and into something more genuine: heritage. I believe that since we live in a fallen world, we will never eradicate racial prejudice. But we should strive to have curiosity and appreciation for someone’s heritage, to respect the differences our ancestries, upbringing and culture have shaped us into and then move to a place of looking at the human behind the skin. Not acknowledging racial differences is as prejudiced as exploiting someone because of them. It is only when we cherish each other’s differences can we learn to love without preconceptions. America is not a melting pot. It is a beautiful mosaic.