Always do what you are afraid to do

Paul Poulis encourages students to conquer their fears and push themselves to their fullest potential. 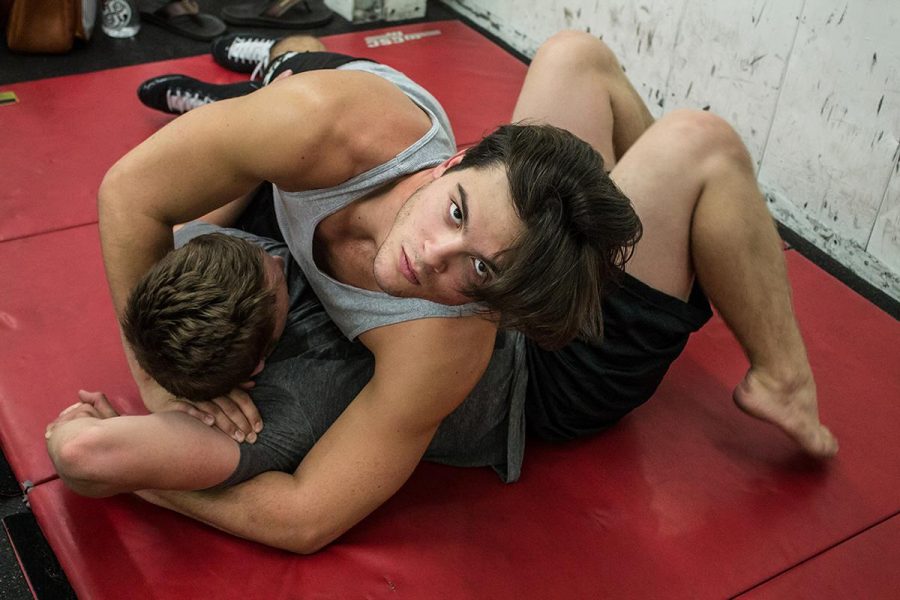 “It was high counsel that I once heard given to a young person, ‘Always do what you are afraid to do.’” I know, Ralph Waldo Emerson sounds like he belongs on Pinterest, with his white Windsor Hand words set against a picture of a hipster hiking. While inspirational quotes generally trigger my gag reflex, this one actually has some substance. Just imagine it, what would even happen if we did not let fear stand in our way?

Freshman Paul Poulis embodies this idea. Born with Spastic Diplegia Cerebral Palsy, his life has been full of adversity, but he will never be caught complaining. From proving the doctors wrong and learning how to walk, to keeping a pair of shoes for two years without wearing holes in the toes, Poulis developed an attitude that recognizes that miracles come in all sizes.

With adversity as a part of his everyday life, Poulis has learned to control his fear, and to push past it.

“There’s been times when I’ve wondered what people will think, but I’ve realized that it doesn’t matter. People can think however they want — it has nothing to do with who you really are,” said Paul, about much of his high school experience.

Learning that the opinions of others are not necessarily truth has allowed Poulis to forget about what might hold him back, and focus on what could propel him forward.

Even though he had trouble walking, Paul has continued to push himself. Now, because of his tenacity, he is even able to wrestle, even joining his high school’s wrestling team.

“In wrestling, and Jiu Jitsu, I’m not the fastest,” Paul admits, “but what I do have as a huge advantage is my upper body strength”.

Poulis began developing this strength as a child, when he would grab onto walls and tables while learning to walk. In the face of adversity, Poulis emphasizes that we do not know our potential, or the plans that God has for us.

“Don’t be afraid to do what you love just because of some adversity or issue. Do your best and utilize what God has given you,” Paul advised.

With his sights set on Jeremiah 29:11, Poulis takes the unknown one step at a time, working to do his best in each moment, and trusting God with the rest.

When facing a challenge of some sort, remember that success is not the ultimate goal, growth is. Sure, things may not turn out as planned, but that does not mean failure. Poulis believes that true disappointment comes from the regret of not having given your all in a situation. He advocates staying positive.

I am not saying that you should climb the tree outside of Alpha and jump out of it in the hopes of conquering your fear of heights. You should consider, however, saying hello to a person you do not know on your floor, checking out an exercise class, reaching out to that frenemy from third grade or raising your hands in worship one day. Conquer the little fears in life, the things that make you uncomfortable; go slow, just one at a time. Find something or someone that speaks truth about your fear, and use it as proof of your ability to overcome.