"Men, Women and Children" has the potential for biting satire, but falls short due to a lack of empathy. 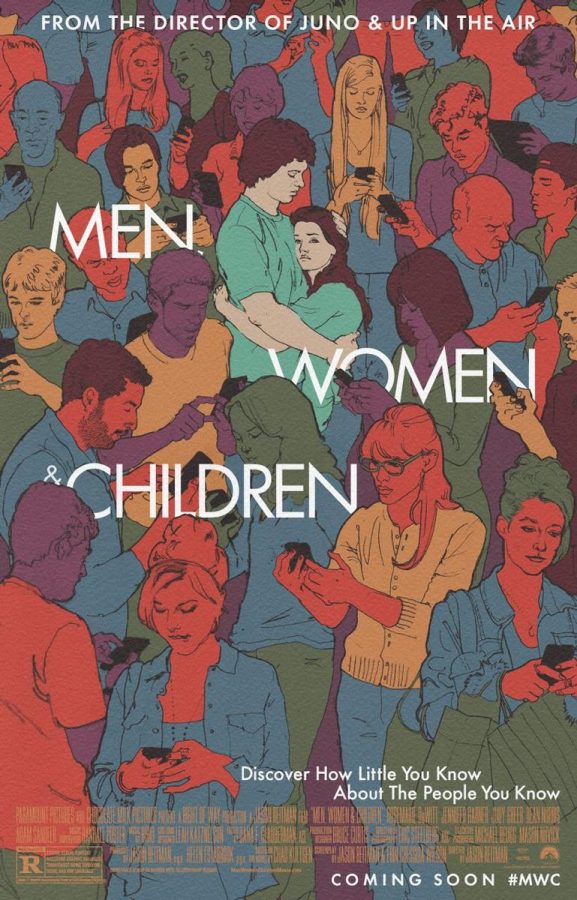 The Internet is both a terrifying and exhilarating phenomena. In the past twenty years, it has revolutionized the way we communicate with each other, relate to the world around us and either heal or empower our insecurities. Jason Reitman attempts to mine this territory with his latest opus, “Men, Women & Children.” Unfortunately, the film falters due to a dearth of comedy, a lack of character focus and a tunnel-vision exploration of its themes. It feels more like a survey than an expose.

For those of you who do not recognize the name Jason Reitman, he is the director behind some of modern cinema’s comedy classics like “Juno,” “Thank You for Smoking,” “Up in the Air” and “Young Adult.” His biting satire and acerbic wit catapulted his overly intelligent protagonists into the annals of our pop-culture lexicon. Much like his last film, “Labor Day,” Reitman has ditched his comedy roots in search of narratives that might hold to adjectives such as “thoughtful” and “melancholy.”

This new direction hurts his work. Granted, “Men, Women and Children” deals with heavy material — a tableau of suburbanites who wrestle with sexual dysfunction and self-image via the Internet. But what could have been a piercing satire of our culture’s technological vices drags into melodrama with soulful staring and afternoon-special conflicts. This tone grows exhausting when you cannot find a character to latch onto, making the audience desperate for an intentional laugh just to lighten the air.

“Men, Women & Children” is an ensemble piece in the vein of “Magnolia,” “Traffic” and “Crash.” Unlike those films, “Men, Women and Children” mostly fails to connect us to its varied protagonists. Some succeed, like Ansel Elgort’s (“The Fault in Our Stars”) emotional turn as the depressed, video-game-inclined Tim Mooney reeling from the abandonment of his mother, while others, such as the infidelity-laced antics of married couple Adam Sandler’s Don Truby and Rosemarie DeWitt’s Rachel Truby, struggle to find any pulse.

This lack of empathy diminishes the impact of the individual stories, a key component when dealing with such black-and-white topical issues as infidelity, pornography, eating disorders, DIY underage modeling and video game culture. Less stories with more individual depth would have done this film a lot of good.

Reitman wrestles with these timely themes and only sometimes succeeds due to his heavy-handed approach. The Internet age has compounded many of our sexual woes, creating an efficiently convenient system to satiate our most base desires. Reitman boldly tackles the unmentionables of our online lives, raising an artful microscope to the issues kids of the millennial generation are all too aware of.

Reitman haphazardly fumbles in dealing with the human element of these issues because the short time devoted to each character turns most of them into cliches. We need to care about these people, otherwise the preachy nature of the narrative becomes too apparent — especially considering the arguably pretentious use of voiceover and a conflicted reading of Carl Sagan’s “A Pale Blue Dot.”

“Men, Women & Children” delves into fascinating thematic territory, but mishandles its execution and forgoes dramatic excitement, leaving the audience mostly unsatisfied. Nonetheless, the subject matter necessitates conversation, which can be further explored in films such as “Disconnect” and the short film “Noah.”

The Internet may be ruining our lives, but it’s just another tool in the arsenal of our own self-destructive behavior. It has not created new issues, but instead has only illuminated the vastness of our debasement. For the characters in “Men, Women & Children,” they find comfort in knowing they are just as screwed up as the guy next door, but that still does not make their actions acceptable.