Toeing the line between pointed criticism and satire, "Believe Me" shines a light on the sometimes superficial nature of young evangelism. 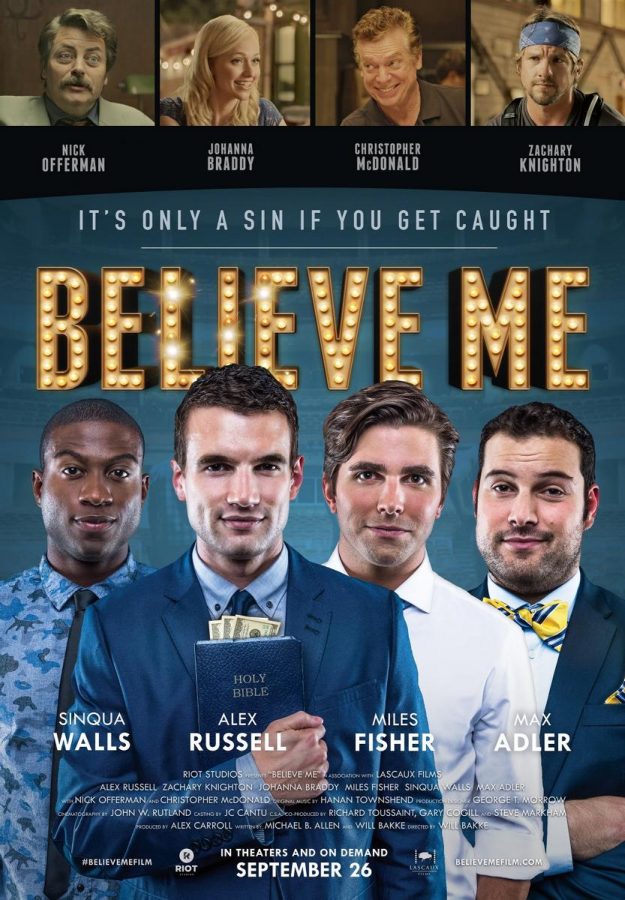 This next statement may ruffle some feathers, but I will just lay it out there. Most Christians are bad at making fun of themselves. We are getting better, but there is still a vast majority that cannot differentiate someone maliciously making fun of them from pointed satire. For that reason, Will Bakke’s new film may get undue criticism or be construed as cruel to Christianity. Those people need to watch this movie because “Believe Me” expertly pokes fun at the all the ridiculous aspects of Christian culture, while cutting the knife deeper in order to explore troubling truths within modern evangelicalism.

“Believe Me” follows four college seniors, headed by Sam (Alex Russell), who form a fake charity called Get Wells Soon, in order to swindle donations from believers and put the money into their college accounts. They receive the attention from the leader of Cross Country, an organization bent on supporting upstart ministries. Soon, they end up on a nationwide church tour to spread their activism, without having any clue about Christianity.

Will Bakke skillfully uses his unique protagonist’s point-of-view, coupled with heist genre structure, to reveal the unfortunate superficiality, faux-inspirational jargon and silliness of young evangelicalism. Hilarious montages showcase Sam and his friends studying what it means to look and act like a “Christian” — how to pray before meals, how to dress, what stances to worship in and, of course, Christianese babble. The spot-on comedy can skewer anybody who went to youth group.

Surprisingly, “Believe Me” has grander ideas in its narrative once the foundation of the crime begins to crumble. The film explores what it means to be a “good Christian,” while finding the motivations for the compromises we make because of our faith. It may stumble in parts and its ending closes the curtain too quickly, but it is safe to say Bakke has made a good film that forces us to take a look at ourselves in the mirror.