Christian films fall short of the mark not due to their lack of effort, but because of their unwillingness to confront real issues. 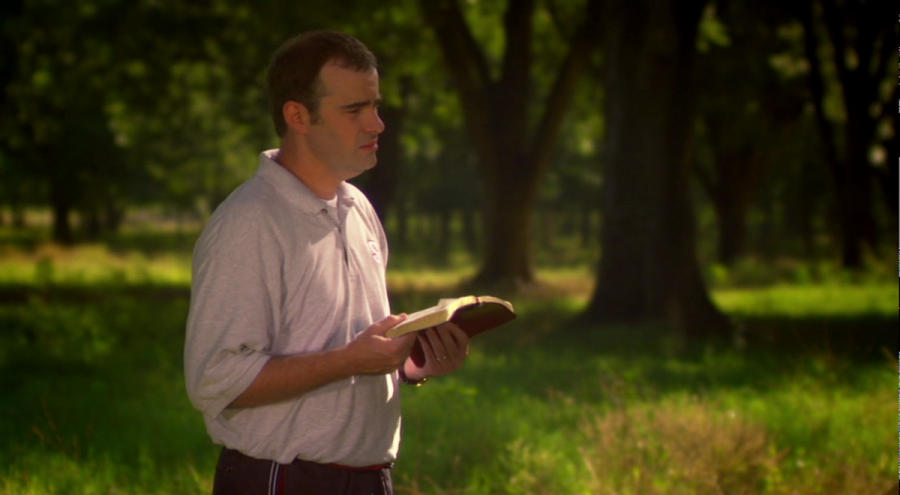 Three years ago, my friend Paul and I went to the Big Bear International Film Festival. My short film, “The Perfect Self-Deception” was playing — a dream come true considering I just moved to California one short month before that. We were ready to watch some awesome films, meet some other talented filmmakers and hobnob with some of Hollywood’s best. Our interest piqued when we heard about the centerpiece film — a Christian movie called Seven Days in Utopia starring Robert Duvall. Comfortably seated in the theater, we felt ready, or so we thought. The screening was a train wreck — the film relayed less genuine emotion than Grumpy Cat and the ending asked you to go to website to see the last scene, leaving the audience baffled and outraged in equal measure. As a Christian, I spent the next hour apologizing for this travesty.

Why do “Christian” films always seem to miss the mark? Piggybacking off our discussion from a couple weeks ago, movies need to not shy away from the true hardships and messiness of life. Movies like “Fireproof,” “Facing the Giants” and others in this mold sugarcoat reality more than Joel Osteen’s theology.

I am going to go out on a limb here, but let us compare a film to a church. Here at Biola, we get up in arms when we see a hypocritical church — everyone wearing fake smiles, giving feigned handshakes and wearing a face of “my life is just peachy.” We call out that nonsense immediately. Our view on movies should not be any different.

Let us take it a step further. How annoying is it when you are going through something tough — something positively messy — and someone offhandedly spouts, “You just need more Jesus”? If you are like me, this statement makes you want to punch straight through a wall. I hate to break the news, but simply trusting in Jesus will not heal everything. God made us a little more complicated than that. This reductionist philosophy presents the biggest issue with Christian films. No matter the issue, the conflict or the character’s journey, we just prescribe Jesus and live happily ever after. That is not a movie; that is a sermon.

Now, please put down the pitchforks. I believe that ultimately Jesus is the answer for the world’s fallen state. But I have found that movies work best when they raise questions as opposed to giving answers. If audiences wanted a sermon, they would go to church. Movies should take a character on a complicated journey where he has to battle exterior forces and interior demons. Usually the end of the story fulfills their character arc and they live on destined to pursue better versions of themselves, but they do not have all the answers. And that is okay.

As Christians, we should hope that movies plant the seed. They should open an audience’s heart to consider a subject, an argument or a truth they have not considered. Then you — here comes the hard part — should engage in conversation. How cool is it that you may get the ability to talk about God after a movie? I promise you that this scenario is infinitely more powerful than Kirk Cameron discovering that Jesus heals marriages. Some of my best conversations about God proceeded viewings of movies like “The Tree of Life,” “Magnolia,” “Children of Men,” “The Truman Show” and even “Harry Potter.” Yes, your middle school youth pastor just had a heart attack.

Christians need to start reevaluating what makes a Christian movie, and on a grander scale, what constitutes Christian art in general. Making a movie that no one outside of the Church will watch benefits neither Christians nor non-Christians. When the perennial movie pastor calls out for our hero to pray the Lord’s Prayer, are we supposed to just pat each other on the back and go, “Yeah, remember when we did that?” Please stop preaching to the choir.

Hopefully, this new generation of “Christian artists” can finally be called “Christians who make great art.” You do not need a climatic altar call, a painting of the Nativity scene or to chisel a bust of the mother Mary herself to glorify God. Maybe he just wants our art to start working and be genuinely profound.