While many students are busy riding the various attractions at Disneyland, other students are hard at work making the magic of Disney come to life. 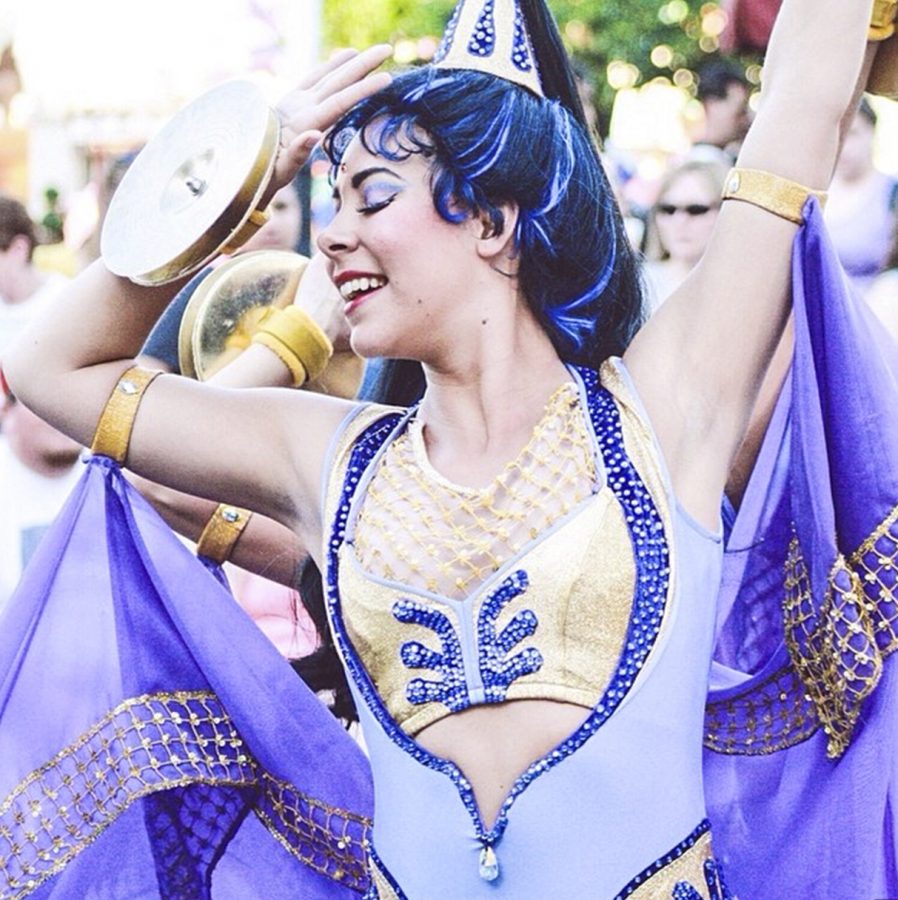 Sophomore media management major Danae Mitchell performs in multiple parades at both Disneyland and Disney's California Adventure. “Since I love to dance and perform, it doesn’t ever really feel like a job,” Mitchell said. | Photo courtesy of Emily Macer

Sophomore media management major Danae Mitchell performs in multiple parades at both Disneyland and Disney's California Adventure. “Since I love to dance and perform, it doesn’t ever really feel like a job,” Mitchell said. | Photo courtesy of Emily Macer

Some may joke that Biola graduates minor in Bible and Disneyland. It is common for campus to be empty on Friday nights. Students leave their homework behind, pile into cars and drive south for about 15 minutes. The many Biola students with Annual Passports are not the only ones who experience the exciting environment of Disneyland. Some Biola students play a part in creating the Disney magic for others.

The key to balancing working long hours and going to school requires prioritizing your commitments and knowing when to buckle down and get work done, Celaya said.

For many student employees, working at Disneyland provides a good opportunity not only for paid work, but also for witnessing their faith to others.

“[Working at] Disneyland is a great opportunity and they hire good people. I feel like it’s a great avenue to reach out and witness to people,” Celaya said. “If you can go in and share God’s love just by working beside someone and doing your work well…it is recognizable and you’re set apart from everyone else.”

ON THE FRONT LINES

Being a Christian while working for Disney presents challenges to some employees. “[It] is what you make of it because the people that you’re working with aren’t necessarily Christians so you’re kind of outnumbered,” Aguirre said.

Aguirre saw fellow Biola students visiting the Disneyland park daily while at work. Although he no longer works for Disney, Aguirre does have a Disney Pass and loves going to the parks.

Sophomore media management major Danae Mitchell performs in Mickey’s Soundsational Parade in Disneyland and in the Pixar Play Parade in Disney California Adventure. She has danced in the Disney parades for over two years and hopes to continue doing so throughout college.

“My ultimate goal is to be in different roles and shows as times change,” Mitchell said. “After college, I’d like to move up as a parade lead or as an administrator. I’d love to have a career with Disney, whether that is with the Disney Parks or Walt Disney Studios because I’m a film major, but that’s totally up to what God has in store.”

Mitchell works eight hours per week on average, performing in two or three parades on the weekends.

“Since I love to dance and perform, it doesn’t ever really feel like a job,” Mitchell said. “The happiness that I get to bring to people makes Disney the happiest place on earth to work for.”