Catherine Streng encourages readers to identify themselves beyond superficial labels. 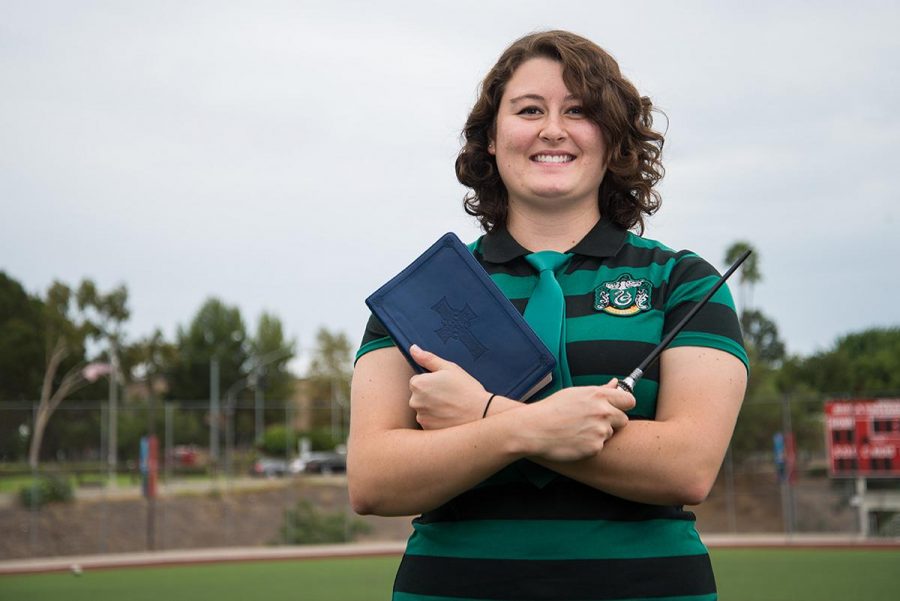 The members of my social circle know I am a fan of pop culture. My closet contains shirts portraying several of my favorite characters or sayings. My walls hold posters of my favorite places and films. Many of my friends watch the same shows and movies, and meeting fans of a series I love creates an immediate connection. Friends and strangers alike call us by nicknames such as “fangirl,” “Tolkien,” “Sherlockian” and “Trekkie.” But people can too easily assume that these interests comprise the entirety of an individual’s identity.

However, during a trip to Florida this past summer, I realized how easily some people identify themselves according to their interests as well, thus resulting in stunted identities. My friend and her family, whom I accompanied on this trip, own several Tennessee football trinkets to represent their love for the game.

During the ride down, I frequently heard derogatory references about Alabama citizens, simply because Tennessee and Alabama’s sports teams compete against each other. While walking around town in Florida, strangers hailed my friend sporting her Tennessee hat with enthusiastic “Go Vols!” “Vols are better!” and “Vols will win.” It uncomfortably reminded me of the German film “The Wave.”

In this film by Dennis Gansel, a high school teacher assigned to engage his students in an experiment on autocracy asks his class, “You think another dictatorship in Germany is impossible?” and one student replies, “We are way beyond that.” The student argues that an enlightened and evolved modern Germany practices tolerance and finds socioeconomic or racial superiority like Hitler’s Naziism repugnant.

As part of the experiment, the professor encourages the class to see itself as an exclusive group. So they adopt the name “The Wave,” dress in uniforms, create a secret hand signal, and design their own symbol to exclude the other students in the high school. Taking their experiment beyond the campus, they spread propaganda throughout their town by tagging their official symbol on public buildings and greeting each other with their private gesture. Just within one week, being a member of “The Wave” becomes their life and identity. They hate others excluded from the group and believe themselves to be superior. When the experiment ends, drastic unforeseen events unfold.

The film, based on a true story, shocks the watcher and reminds him how easily people identify themselves with superficial arbitrary labels that don’t contribute to a deep and meaningful identity that provides acceptance, love and a sense of value.

Sometimes we get caught up in superficialities, and these prompt us to prioritize our lives in a way that damages our overall well-being. Even though I embrace the nicknames people give me and I enjoy meeting a fellow fan of my favorite likes, the Christian community should fulfill my need for human connection.

Luckily, as Christians, we know that our true identity is in Christ, as the Bible teaches. Every person longs to experience connection and acceptance, which generate feelings of love and self worth. But searching for these meaningful experiences apart from God creates a sense of false fulfillment.