The Chimes staff examines how national pride is causing Americans to be culturally and globally ignorant. 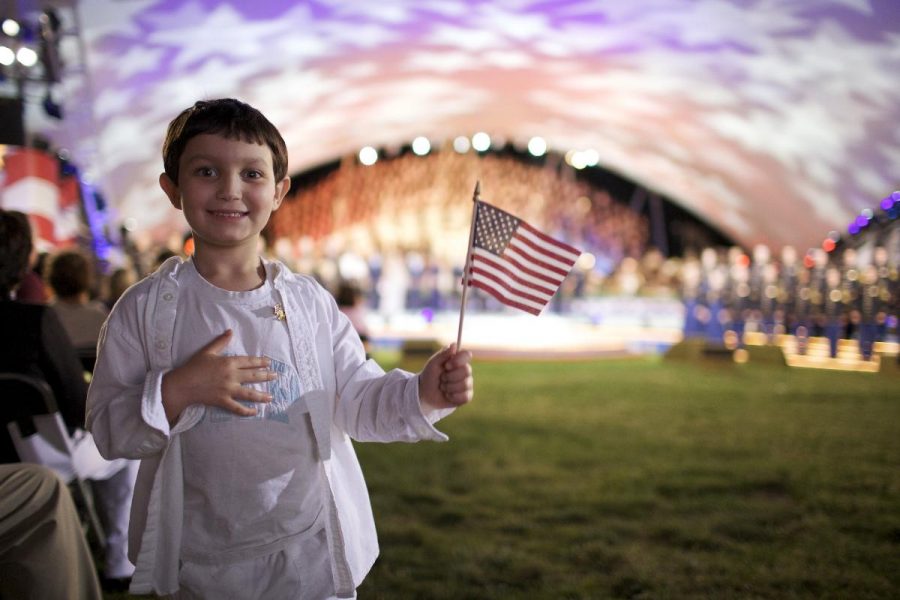 A boy holds an American flag during the 2009 National Memorial Day Concert in Washington, D.C. The Chimes staff begins a conversation about the cultural ignorance of Americans.

A boy holds an American flag during the 2009 National Memorial Day Concert in Washington, D.C. The Chimes staff begins a conversation about the cultural ignorance of Americans. | wikimedia.org/Creative Commons

America continues to struggle with cultural ignorance. Some national pride is useful, but too many people take this pride beyond proper proportion and forget that America is only one country in a world filled with nearly 200 different nations. For example, our best news sources struggle to give front page coverage to articles not relating to the U.S. Our high school history classes focus on America’s past but ignore the history of other countries. In a recent online poll, 31% of Americans said they would rather stop 9/11 than the Holocaust. Although we are a large and historically successful nation, we should remember our place as citizens of the world.

WE STRUGGLE TO PROVIDE GLOBAL NEWS

Why does it seem that American journalists and news sources leave out the perspective of the innocent civilians who are affected by wars and other incidents in their countries? There are countless headlines of American soldiers who have lost their lives — which is so important and the right thing to do — but hardly any dedicated to the families of civilians in the war-torn country.

A lack of access or connectivity is not to blame for our lack of attention. Now, more than ever before, the world is intricately connected. A tweet published in Egypt was picked up by news outlets and gave birth to the coverage of the Arab Spring. The results of the referendum in Crimea spread around the world just moments after the final vote was cast. When Malaysian Airlines flight MH370 disappeared over central Asia, Twitter exploded with buzz regarding the three Americans on board, but seemingly disregarded the other 236 passengers. As Christians, we should be bothered by this oversight. When the media presents a limited perspective, it hides the global effects of war, natural disasters and other issues. Even when circumstances or developments don’t involve us, they ultimately affect us.

WE CAN'T EXPECT NEWS TO CHANGE

To a certain degree, we should not expect news sources to give a completely global perspective. Or, for that matter, for the federal government to get involved with situations not including an American citizen. The U.S. must pick its battles and an instant qualifier is to only address those that directly affect American citizens.

How can we as Christian college students change this American attitude of cultural ignorance? First, we can do our homework. Use global news sources like BBC world news to find out what is happening in the world. Second, hold American media accountable for what news they choose to report — and the news they ignore. Social media is a powerful tool that can be used in this regard. Start a trend on Twitter demanding media report all the tragic facts, not just those affecting Americans. Post links on Facebook from global news sources you’ve consulted in order to educate your friends. Finally, remind yourself to pray for your American and international brothers and sisters in Christ on other continents who live in gospel-hostile environments.

Americans are only unique insofar as we are not one national race, but a myriad of races, languages and cultures mixed together. This diversity should make us the most globally-conscious and caring of any country, wouldn’t you say?