Staff Editorial: why it’s okay a monopod was mistaken for a gun

Although the mistaken gun report was alarming, it is ultimately helping the campus to become safer. 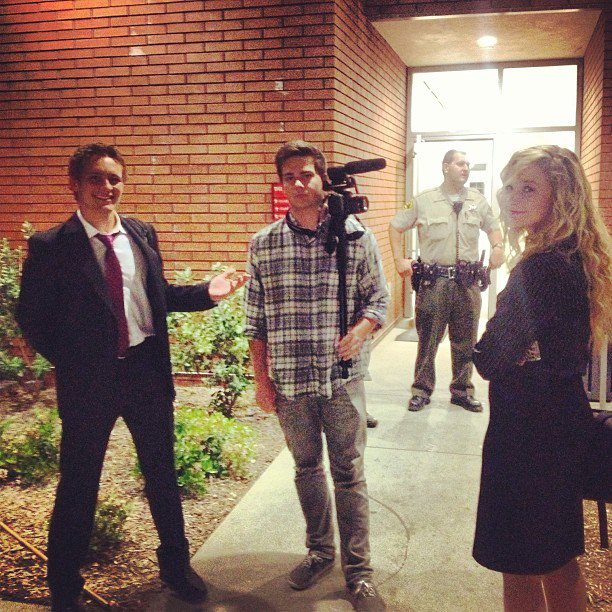 In light of Forgiveness Week, maybe it’s time we give the poor chap who falsely reported a gun on campus a break. Minutes after the report, there was an explosion of sarcastic and witty Facebook statuses, videos and tweets concerning the incident. Most of these responses were directed at the student who filed the report — when he was only acting out of a genuine concern for the safety of his fellow students. With the recent rise in school shootings, it isn’t entirely impossible that something could happen at Biola. The student thought something was wrong and he took appropriate action.

While not everything about this incident was great, we can all agree that this will ultimately make our campus a safer place. Within the last two weeks, Campus Safety has sent out a detailed instruction sheet telling the students how to respond in dangerous scenarios. In addition, they are preparing to conduct safety training exercises to be better prepared for these type of events. These exercises are designed to prepare the officers, nurses and administration for unforeseen events and help them understand how to react to the situation. Overall, our student body is becoming safer as a result of this incident.

On the night of the false gunman report, jokes were flying all over campus — in the real world and online. The problem is that the jokes were perpetuated on different social media platforms, particularly Facebook, where there is very little context for what we say, and where we have little accountability to be wise and gentle in our speech. Of course, there is nothing wrong with expressing the frustration or amusement that many of us felt, but we need to remember that, by nature, places like Facebook or Twitter are not private and our words have power. Sometimes a joke can be taken too far in such an impersonal place, where things can be and often are misconstrued.

Admittedly, false alarms can be inconvenient and nerve-wracking. And after the fact, they can look downright silly. It’s not surprising that we’ve found some humor in the comparison between a monopod and a deadly weapon. But we need to remember that the job of a student who believes the campus to be in serious danger is not to get up close with a magnifying glass and make sure that he sees what he thinks he sees, but to report the possible threat immediately. It is downright irresponsible of us to shame a student for reporting what he believed to be a serious situation. Mockery will only engender hesitation from students who suspect threats in the future — which is not a pleasant thought.

While it may be frustrating that 10 minutes of your night were spent terrified at the thought of a gunman roaming the campus, reacting with sarcastic and cynical comments about the monopod discovery only fosters negativity on campus. Far too many comments made about the recent incident were hurtful and inappropriately intense toward the student who was simply trying to do his part to keep the campus safe. Harsh statements about how unfathomable it seems to you that someone could mistake a monopod for a gun does nothing to build up the community. As easy as it is to use humor to make light of such an extreme situation, jokes should be tasteful and minimal. If we are going to be a campus that seeks to impact the world for the Lord Jesus Christ, we would do well to heed Paul’s words in Ephesians 4:29: “Let everything you say be good and helpful, so that your words will be an encouragement to those who hear them.”