A recent study shows that there might be more benefits to beards besides being trendy. 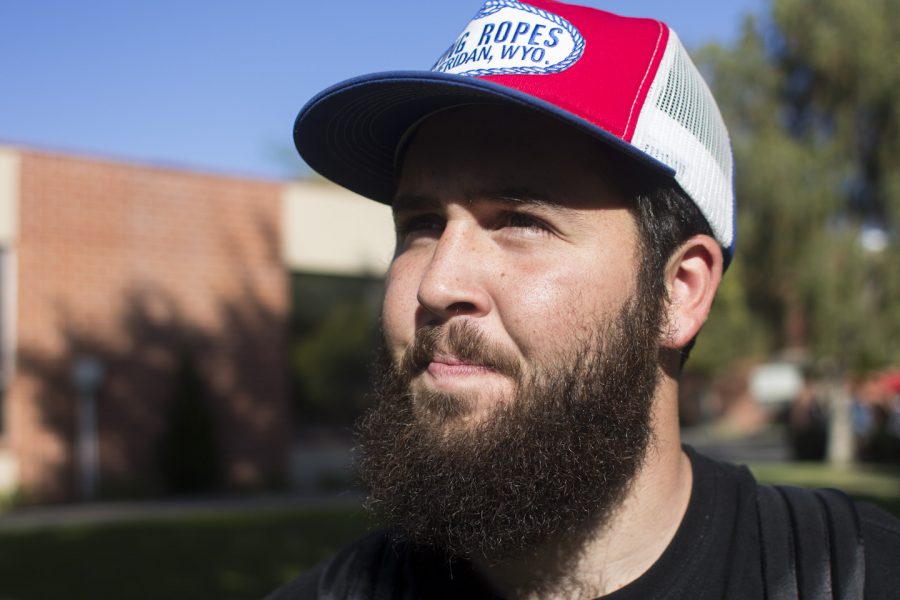 Beards are more than the latest trend — they’re added protection against aging and cancer, according to a recent study conducted by the University of Southern Queensland. Members of the newly formed club Biola Beardsmen weren’t surprised, but the results raised questions about how much beards contribute to sun protection.

For Biola physical science professor John Silzel, the study also raises questions about how God designed our bodies. To complete his doctorate, Silzel studied atmospheric chemistry and ozone depletion, which affects how much ultraviolet radiation can damage our skin.

It’s weird that men can choose to have thick hair on some but not all parts of their faces, Silzel said.

“Men in different cultures have been shaving their beards for hundreds of years, but no one shaves off their eyebrows,” he said.

Juniors Eric Cole, a marketing management major, and Clarke Andros, a biblical studies major, are two of the founders of Biola’s first facial hair club, known as the Biola Beardsmen. Both said they think that this study is silly.

“They could have paid us money to tell them that. We would have told them everything they needed to know,” Andros said.

While the Australian researchers were gathered data over a year’s time, Silzel stressed the importance of consistent sun protection over a lifetime.

Sun protection needs to be consistent over time in order to avoid cancer, because sun damage occurs over extended periods of time, Silzel said.

“Statistically, it’s better to do a little protection over many years instead of obsessing over it for a year and flaking out after that,” Silzel said.

Without the added protection of sunscreen, the human body has its own protection.

“Having all that dead protein in the form of hair or epiderm — dead skin on the surface of our bodies — is a great optical shield. That protects us from a mass of malignancies in a lifetime,” Silzel said.

A bearded face is protected from sun damage as well as the irritation caused by abrasive razors, Silzel said.

Silzel is always happy to see a student sporting new facial hair, and the Biola Beardsmen are willing to help in that endeavor.

The main concern with college guys is probably not sun protection but whether or not a particular girl likes the facial hair, Silzel said.

It may be surprising, but about a third of the Facebook fans of the Biola Beardsmen are female, Cole said.

The club, which received nearly 80 signatures during the club and ministry fair, is open to male and female students and faculty, and held their first meeting last Tuesday night.