In the wake of the Arab Spring, President Barry Corey recounts his interactions with Egyptian Biola students. 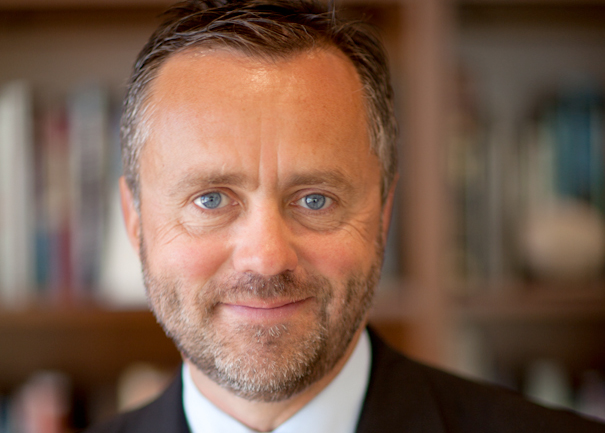 Five Egyptian Biola students sat around a coffee table with me on Sept. 17, telling the stories of the hardships Christians are facing today in their homeland. Each of these students — either born in Egypt or raised in the United States with their Egyptian families — shared their deep concerns. In the wake of last year’s political upheaval in Egypt during the Arab Spring, compounded by a recent movie that was highly offensive to many Muslims, the anger toward Christians and Americans across the Middle East and beyond is rising. Egypt is no exception.

Christianity is hardly new to this nation on the north rim of Africa. Long before the good news of Christ was working its way through Western Europe and across the Atlantic to the new Colonies, Christians worshipped in homes and in churches throughout Egypt. The Ethiopian eunuch converted in Acts 8 after a conversation with Philip may well have caravanned the news of Jesus through Egypt on his way back home. Christianity in Africa runs deep and has been alive for millennia.

As one student told me that day, “Christianity is 2012 years old in Egypt.” Once the nation’s largest religious group, Christianity today numbers a small percentage of the 82 million Egyptians who live there. Followers of Christ are under persecution as a minority. They understand what it means to suffer financially and socially because of their faith. They are cautious about where they go and what they say. But these brothers and sisters of ours are unwilling to allow their faith to be upended. They will not deny Christ.

I invited these five students to meet with me because Biola is a university concerned about brokenness and suffering in the world, and that means we should be rattled when we hear of Christians persecuted anywhere. As these students — Mira, Mourin, Jon, Phil, Helena — talked to admissions representative Fitsum Mulat and my wife Paula, the geography evaporated between Cairo and La Mirada. I sensed that we were one, and the weight was heavy. Our Biola brothers and sisters from Egypt, and other countries where the gospel is unwelcome, know that their cross necklace is not bought at Target, but it may very well be a target. We must listen to them and stand with them.

Mourin, an incoming freshman, held up her right wrist. On it was tattooed a small cross, a mark that imprints not just her skin but her heart. It speaks of her desire to follow Christ, come what may. Mourin and the others told me of the dangers Christians in their country face just to go to church, sometimes wondering if a mother or a daughter or a grandfather would return after worshipping.

I encourage you to be informed and be concerned about the plight of Christians around the world. The book "Operation World" is one way to do so. The organization Voice of the Martyrs is another.

We need to know what is happening among the nations in order to know how to pray for the nations. We need to stand in support and love our brothers and sisters at Biola, like these Egyptian students, who represent the many today worldwide whose lives are threatened because they choose to bow at the foot of the cross of Christ.

Paul exhorts us that pain, like joy, is shared in the body of Christ. “If one part suffers, every part suffers with it.” We’re a part. Do we suffer?