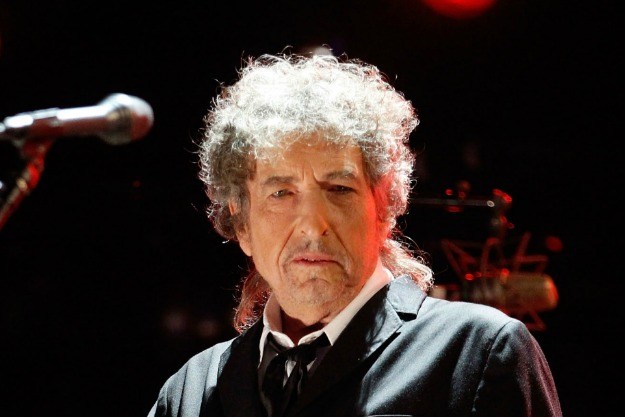 When I told people I was going to see Bob Dylan in concert the most common reaction was: He’s still alive? Bob Dylan is still on his Never Ending Tour, his touring schedule started back in 1988, and he just released a new album last month — yes, he’s still alive. However, as he’s pushing 71, there is definitely a smaller window in which that might be the case, so I jumped at the first concert within 50 miles of here. Thankfully, he was playing at the Hollywood Bowl.

Dylan has had quite the profound effect on me — his life and songs have taught me many things about searching for truth, about what it means to be an artist with integrity and how to respond to criticism. How interesting that a man can have such an impact without my ever having met or seen him. So this opportunity to go to what was likely to be one of his last concerts … let’s just say I didn’t have to think twice.

His opening song was “You Ain’t Goin’ Nowhere,” one of his more obscure songs with a very catchy chorus. It was a fun song to open with, except if you didn’t know the words to it already, you didn’t know what Dylan was singing. This was true for all the songs that followed. If you haven’t listened to a Bob Dylan song since the 1970s, let me inform you: His current voice is like Tom Waits gargling marbles. However, he makes it work. But understanding the words from that point on was not a problem for this Dylan fan. Those words were written on my soul.

We were pretty far from the stage and it was in the second song that I actually saw Dylan, who was not taking the typical center stage. He was on the far right of the stage, jamming on a keyboard. Dylan has been known for his guitar and his harmonica, but it was remarkable to see him exercise a facet of his musical talent that had been previously unknown to me. A lot of time, he was just jamming with his band, laying down intense riffs on the piano. After all, isn’t that the thrill of seeing a live show — to have an experience with the music that cannot be replicated?

And that was what Dylan delivered: He played the famous songs that everyone knows, but he played them in a way previously only heard in Dylan’s own mind. Live shows must be exciting for musicians because it offers them the chance to reinterpret their songs and experiment. “Highway 61 Revisited” became a minor key melodrama, “Like a Rolling Stone” went from anthem to ballad, and “Desolation Row” was sung far more beautifully than recording could ever capture. He closed with a version of “All Along The Watchtower” that sounded more similar to the Jimi Hendrix cover than the original.

It was funny to go from “Bob Dylan … isn’t he dead?” to a crowd of people who not only sang along with every word, but gave a devoted standing ovation to nearly every song. I’ve been to my fair share of concerts before, including a few really big ones, but none have had such a dedicated fan base as as this. It was by no means a rowdy concert; in fact, the attitude was of reverence and respect. We were all unified in our love for Dylan. He could do no wrong — he could completely rework all his best songs and we would love it. We loved him.

After his last song, there was thunderous applause and standing ovations from nearly everyone. This went on for about three minutes, until Bob Dylan took the stage once again and played a version of “Blowin’ in the Wind” set to the melody of “Just Like A Woman.”

And he left. We applauded again, but none of us expected another encore. This was enough for us. Heck, it was enough just to see him and hear one song, much less 15. This was certainly one of the best concert experiences I have ever had — just a group of mostly old folks enjoying the incredible music of Bob Dylan. And I got to be one of them. Thank you, Bob Dylan, for everything you’ve done.