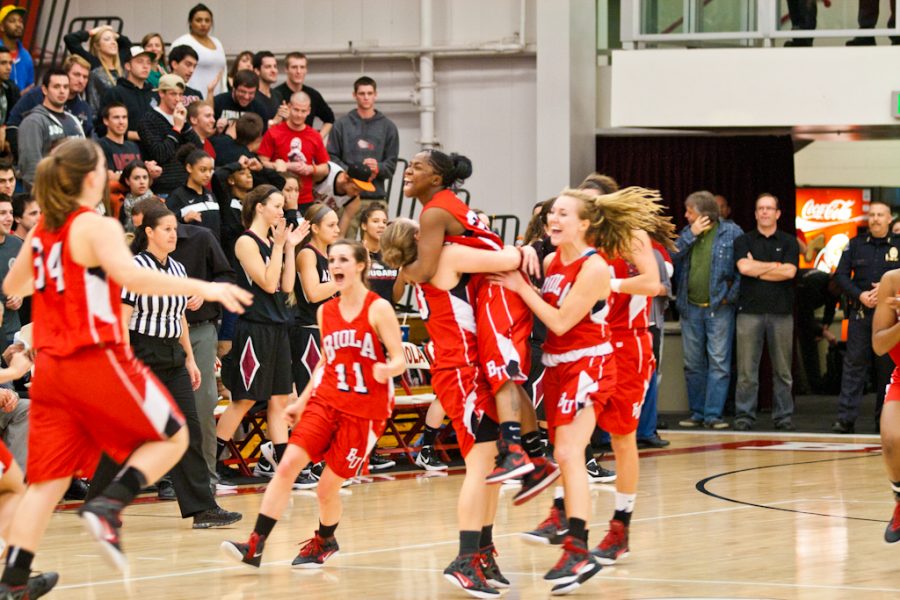 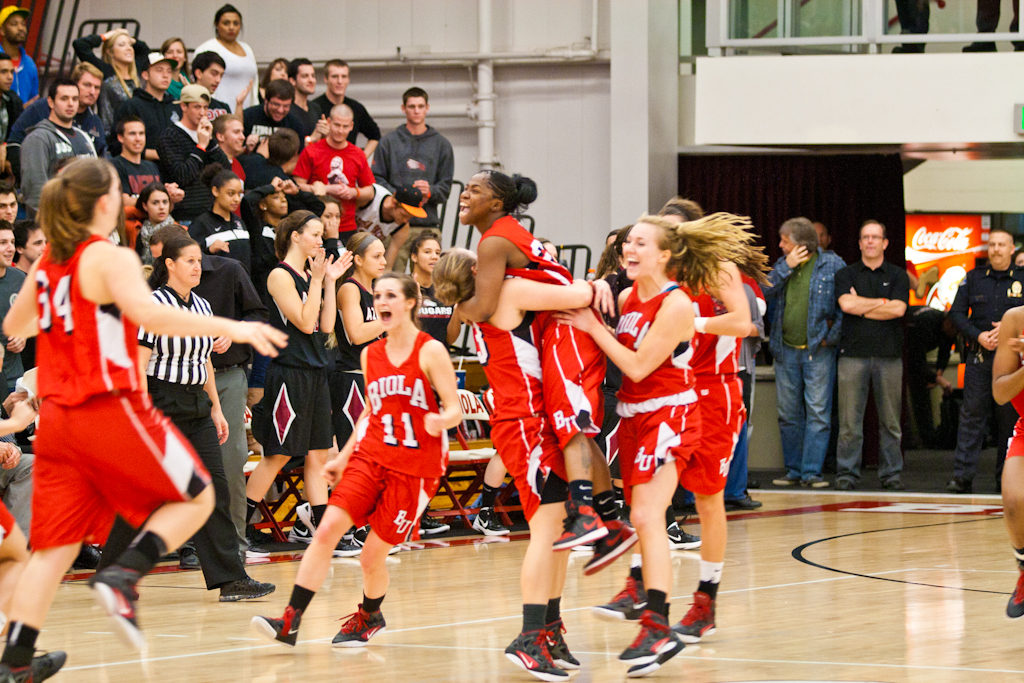 The women’s basketball team earned a 51-49 victory in their last game against rival Azusa Pacific University. | Katie Juranek/THE CHIMES
Reece’s last minute heroics give Eagles edge over Courgars
A late minute steal and layup from senior Charrise Reece gave the Biola women’s basketball team the last touch it needed to pull off a 51-49 upset of NAIA No. 12 Azusa Pacific University on Tuesday night.

The Eagles played down the majority of the game and even trailed by five with 4:36 left in the game. A 10-0 Biola run gave the Eagles momentum and the eventual win. This win snapped the Eagles’ two-game losing streak. The team is now 13-8 on the year including a 9-4 record at home despite a 5-6 record within the Golden State Athletic Conference.
Adams and Hill pace Biola in win
Sophomore Adijat Adams led Biola with 13 points and freshman Chelsea Hill added 10. This game capped off a long rivalry history between the two teams and Biola came away with the win in the final regular season game between the two teams. Azusa is leaving the NAIA and GSAC for the NCAA Div. II following this season.

The Eagles next play at Concordia University on Thursday, Feb. 2.